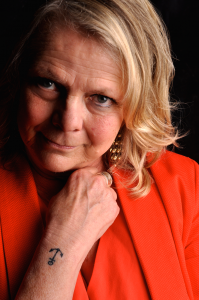 Welcome to the fourth instalment of Monday #MusicMatters as part of the JAMS Canada PRO Series – “Here’s What I Know”.

We caught up with Suzanne Pasternak on writing/producing radio & video historical documentaries.

What got you interested in writing historical works for musical theatre documentary films/videos.

As a little girl I had a passion for musicals and, in my teens, for history. I began songwriting when I was 25 but the singer/songwriter genre was not interesting enough for me. In 1989 my debut album Solo Flight was released and I got into The Owen Sound Music Festival on the heels of the album. My career then took a right turn by researching the marine history of PEC and Minerva McCrimmon who was the cook on the barley schooner, The David Andrews. Inspired by the rock opera Tommy I decided to write and produce a folk opera which became Minerva.

You are the queen of strategic partnering.  What is your best advice for musicians looking to partner with other businesses?

I had a former boss when I worked for the Kingston Symphony who has been a mentor in arts administration to me since 1995. She taught me the value of having one excellent partner. By partnering with the appropriate non-profit organizations you can apply for more grants and also have their marketing arm. 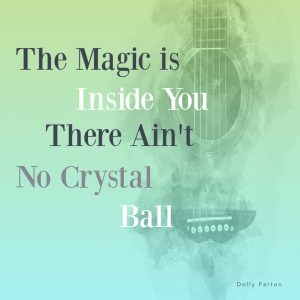 What makes you take on a project? And secondly, what would be your #1 tip for musicians?

You don’t find a subject, a subject finds you.  My #1 tip is:  perseverance.

For your radio dramas &  productions –  how does that discipline differ from your musical theatre stage productions? Or does it?

Every work I create is some form of multi media storytelling. Radio and film are simply a digital form.

How has COVID-19 isolation impacted your life?  What would be the pros & the cons?

Creators of large works spend a lot of time alone. The fact that I am currently researching and writing a documentary there is no shift in my work habits. That being said, had a booming career as a lecturer which has crashed with Covid 19 so that hurts financially. Being socially isolated from friends is very lonely for a single person.

Suzanne Pasternak has had a diverse career in the arts and as a local Marine historian and writer.

From 2017 to the present she has developed and implemented music and theatre programs for a broad spectrum of participants with physical and intellectual challenges. In 2017 she produced and co- wrote 3 radio plays performed by seniors for 99.3County F.M. Several of the voice actors were in a long term care home with dementia, Parkinson’s and other physical challenges. In 2018 hired by the H’art Centre she wrote and directed the musical The Wishing Tree. The music was cowritten and directed by Suzanne and Laura Scott. The cast of 50 ranged in diverse abilities including the Deaf, Downs Syndrome, Autism and other intellectual challenges.

In 2019 as a mentor for Community Living outreach program she cowrote and produced a radio play with an 18 year old titled The Beautiful Spy which is set to be aired on community radio stations across Ontario.

Suzanne continues her specialized music programs in the secure units in local long term care homes working with seniors with advanced Alzheimer’s and their families.